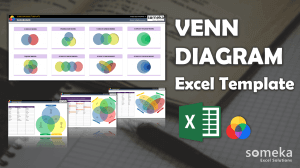 Venn diagrams are a widely used method of visualizing how different sets of data relate to one another. The model was first created by a person called John Venn who visualized data in two intersecting circles, hence the naming of the model. However, different models of data sampling and comparing have been developed by other mathematicians and statisticians ever since. In Venn Diagram Template, we have created dynamic models of the eight most used models which will cover almost all of your needs for showcasing relations between sets.

The models cover ranges from two to four sets of data in Excel within more manageable sections.

The first model is very basic two circle diagram, which helps users compare two data sets and how they relate to one another. This model can be used for all kinds of data, as you are free to change both titles and content of the columns. The diagram is dynamic and will update automatically.

The linear model of the three-circle diagram has ability to show how only two sets from a total of three relate to each other. As the name suggests, you can visualize your data in a linear correlation.

The next model in Venn Diagram Template is a stacked model of 3 circles, which is best used to describe how two smaller sets belong to a larger set. You can also use this model to demonstrate a relation that spreads from a “nucleus” or central idea.

If you want to visualize such data, please use the following flower model.

Another model of showing relations between four data sets is the linear four-circle diagram. It is similar to the 3-circle model and you can use this one to show how set pairs from a total of four relate to each other in a linear method.

The most inclusive model of Venn Diagram Maker that we have created is the flower model. This diagram makes it possible for you to visualize all kinds of relations between four data sets with no restrictions.

The final model of our template is a stacked diagram with four circles. The idea is similar to the 3-circle stacked model, but this one visualizes not two but three categories that belong to a larger idea or category.

Please note that everything in this template is dynamic. So you only need to input your data in the tables and the diagrams.

This Venn Diagram Template is ready-to-use and provided as is. If you need customization on your reports or need more complex templates, please refer to our custom services.

Watch the video below to see the template in action! Presentantation also includes usage notes, explanations and tips & tricks about the template. 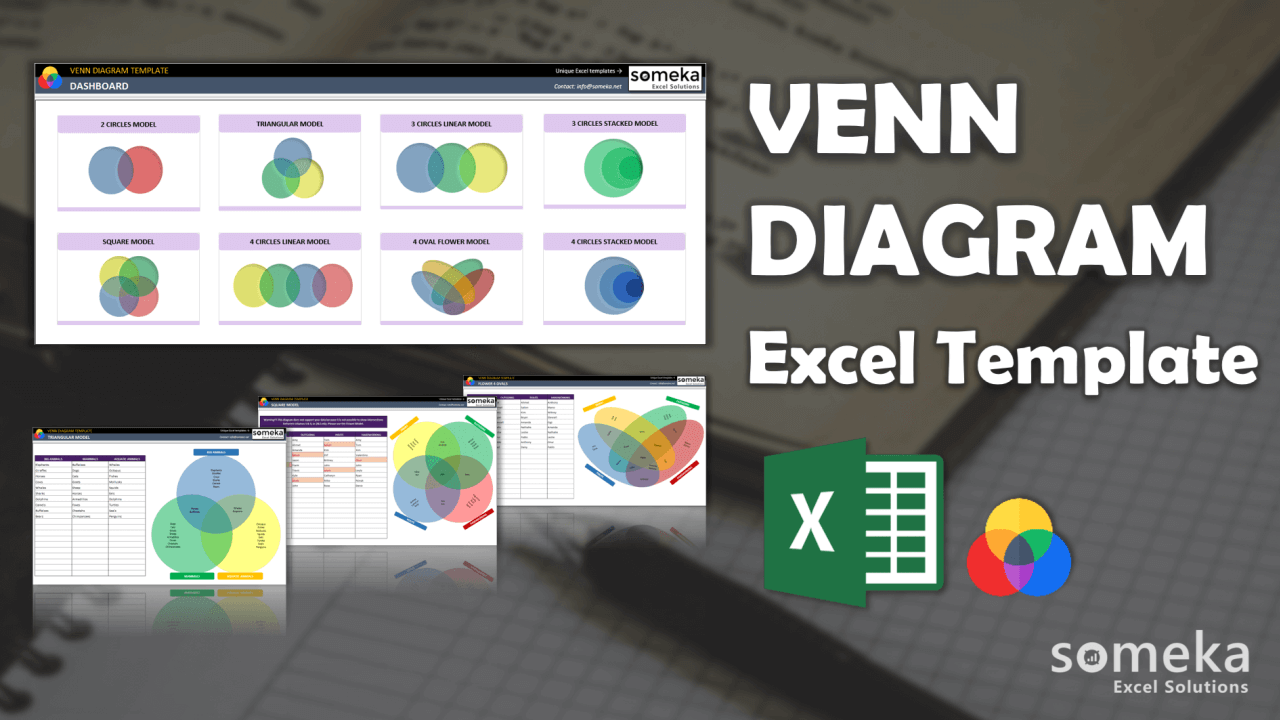 Only verified users who have downloaded and used the template may leave a review.