BLACK FRIDAY SALE: Check out all bundle packs with 50% OFF! Dismiss 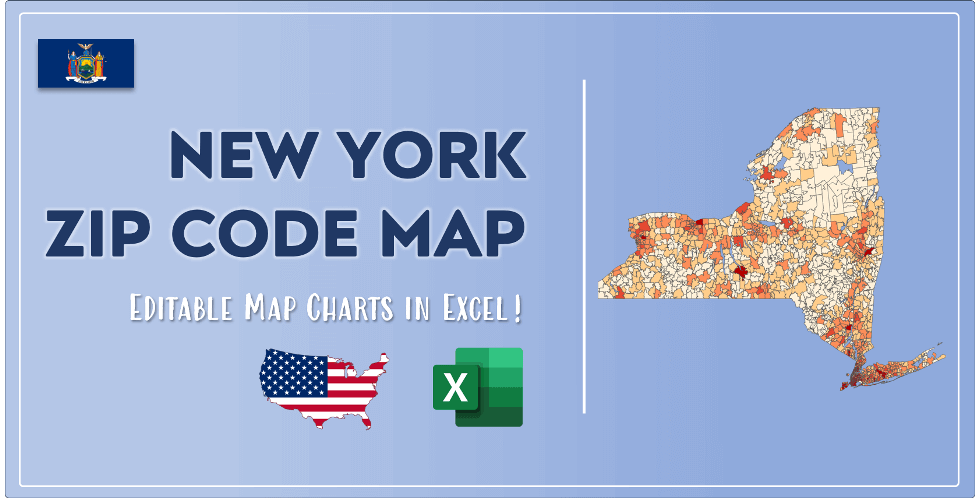 The US state New York (NY) is the 4th largest state by population and 27th biggest state by area. New York has 1,794 zip codes ranking it the 3rd state with the most zip codes in USA. See below some basic information about the state:

If you want to show data distributon per geographical area, density maps (or heat maps) are a great way to achieve this. For example, here is a New York Population Density Map per Zip Code: 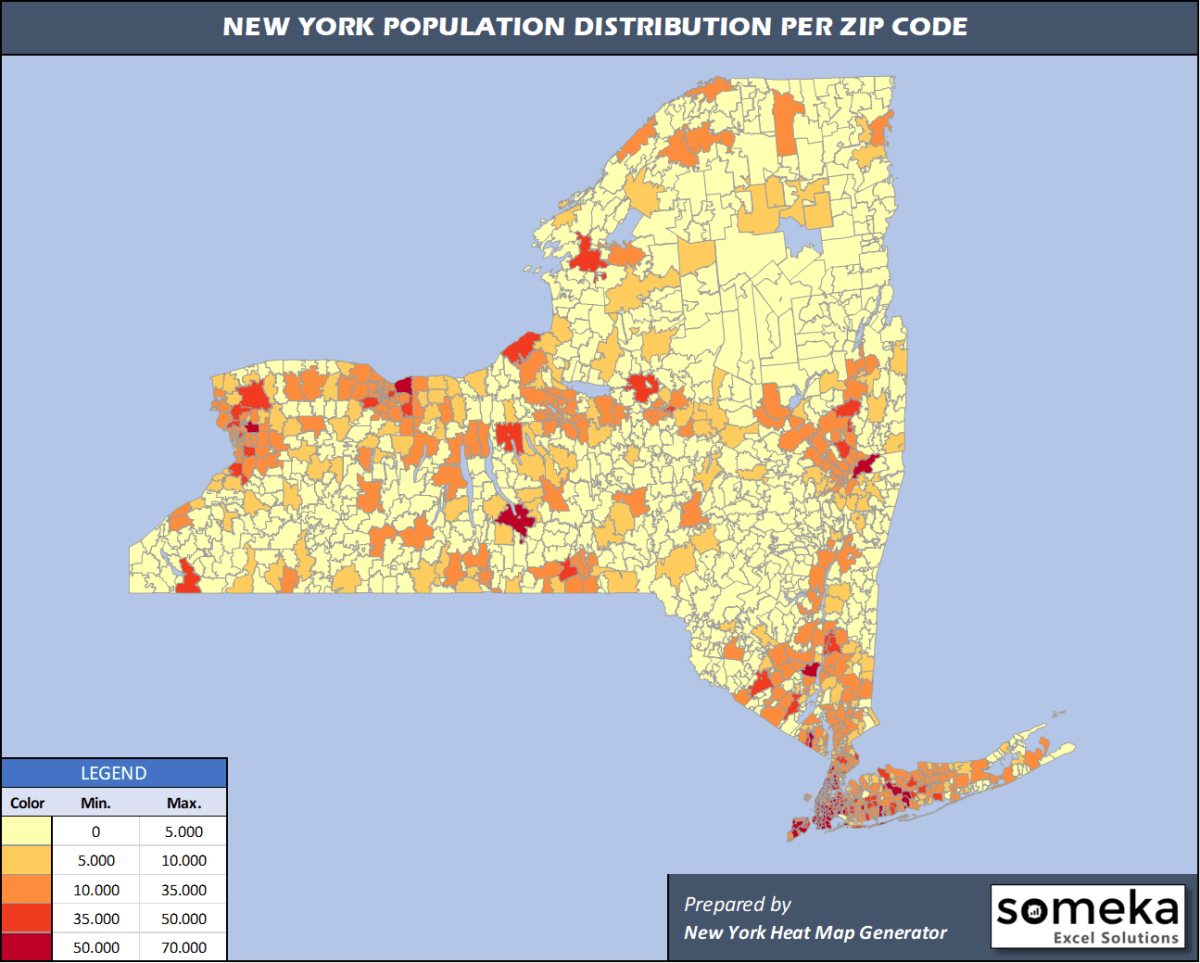 We have prepared this easily with New York Zip Code Heat Map Generator for population info. But it can also be used for many different data types such as employment rate, average temperature, racial distribution and so on.

We have prepared this easily with New York Zip Code Heat Map Generator for population info. But it can also be used for many different data types such as employment rate, average temperature, racial distribution and so on.

Below are 1,794 New York zip codes ranked by population information. The data is from the US Census Bureau. Note that, these are ZCTA (Zip Code Tabulation Area) codes which means they have geographical area and population. PO Boxes and military codes are excluded.You can copy and paste this list directly into your spreadsheet.
(Top 10 zip codes shown. To expand the list, simply click on the “show more” button)

What is the largest zip code in New York?

What is the smallest zip code in New York?

What is the richest zip code in the state of New York?

In terms of economics and average income level, 10007 is the richest New York zip code.

What is the poorest zip code in New York?

We have prepared New York zip code density map by population as a downloadable PDF.

VIDEO: HOW TO PAINT NEW YORK ZIP CODE MAP WITH YOUR DATA

Check the video below to see how we use our New York Zip Code Map Excel Template to visualize any data over New York zip codes. 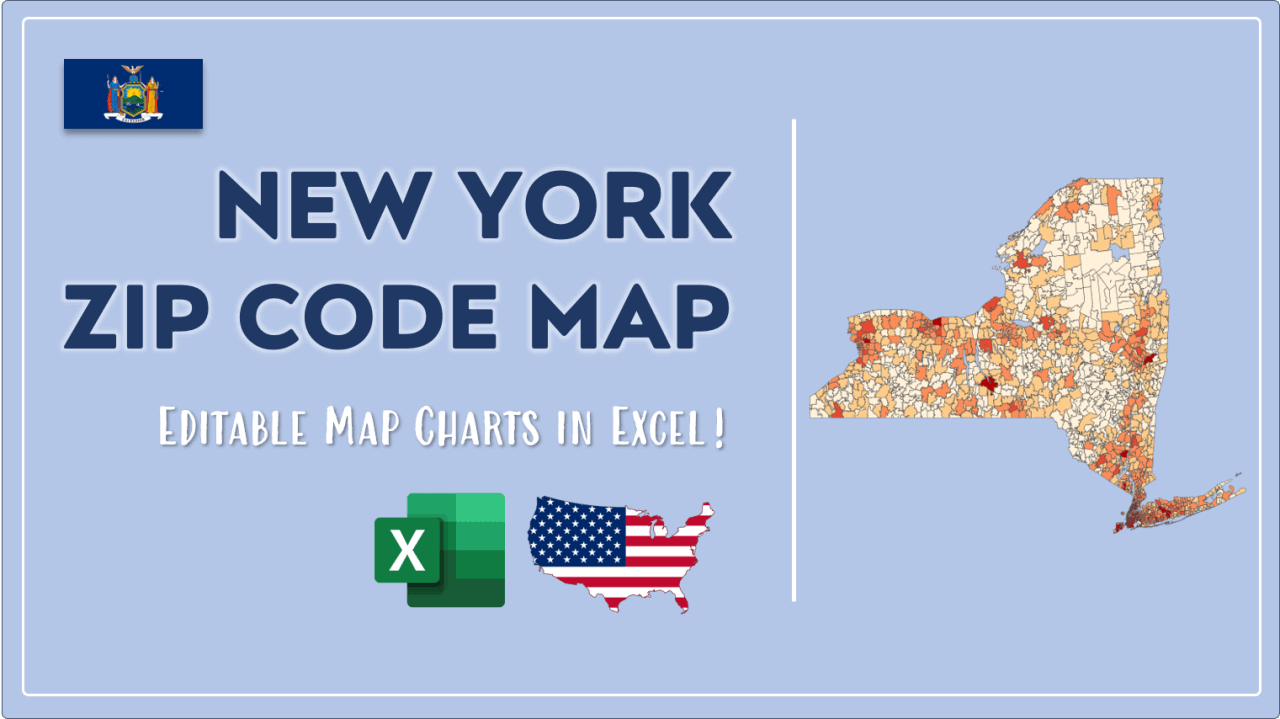 We have built the easiest New York Heat Map Maker in the universe! It works fully in Excel:

Here is a list of useful links which we think can be helpful whether you work on data visualization or make research about New York state and New York zip codes.

Official Website of the State of New York:
https://www.ny.gov