Apple was founded by Steve Jobs, Steve Wozniak, and Ronald Wayne in April 1976.

Today it is one of the most valuable companies which consistently surprise and delight its customers. Many products / services have always been considered with quality, sophistication, expertise and use:

This blog post will help you understanding company strengths and weaknesses, and for identifying both the opportunities open to the company and the threats they may face. Apple’s current success is been compared with the times that Steve Jobs accomplished while he was still alive. There is no secret that he might be the father of the digital revolution.

Because his creative genius has moved all stones of industry. His passion for perfection created a very strong team and loyalty in them. 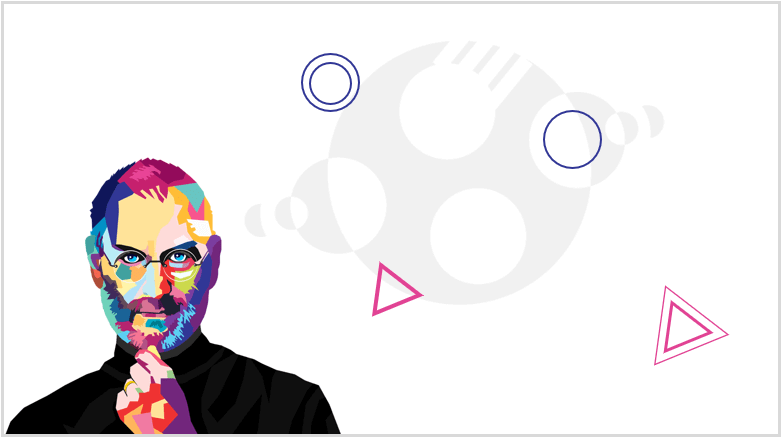 That’s why Steve Jobs was one of the greatest strengths of the company by working with successful people under his team.

As all we know, Apple is considered as the most innovative company in the world. Not only the telecoms industry but also: retail, music, software and computer.

Apple’s smartphones, MP3, laptops were not the first product that have been produced. But they have taken existing things to made them work well while looking good. Because the company approach was enhancing user experience and building better products for the people.

But not that’s all.

Over the years they also have made improvements on all product lines and never give up to add innovative features.

Sometimes when you innovate, you make mistakes. It is best to admit them quickly, and get on with improving your other innovations

Strong innovation capabilities also made apple to expand its portfolio and managed a system with a compatible product and services.

The product line includes Mac, iPhone, iPad, iPod, Apple Watch, Apple TV and so on. They are good at diversified their portfolio to make stable their revenue earning. 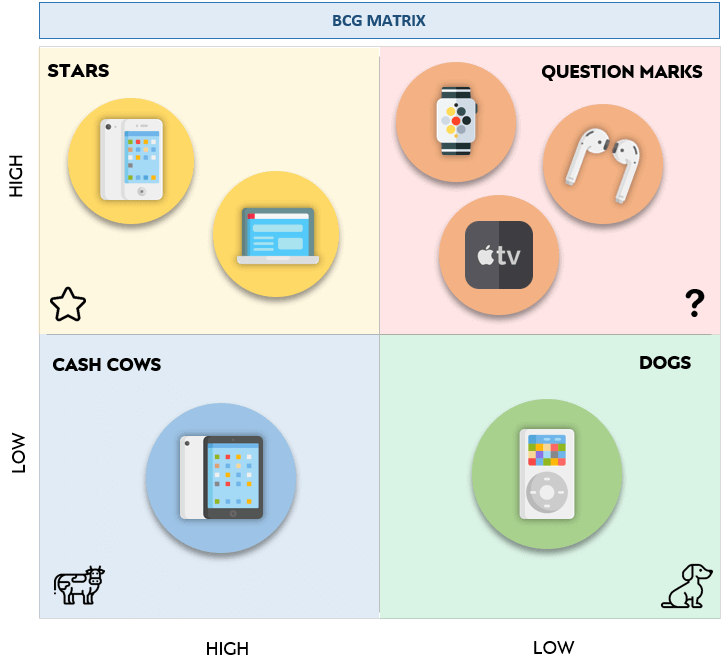 The crazy perfectionism of Steve Jobs and his passion has given huge importance to details. This brought simplistic design philosophy to Apple.

Additionally, their team of designers are making a lot of research on human behaviors, new technologies to design as well as practical design. Growing up, Jobs once helped his father build a fence around their family home in Mountain View. While working, Paul shared a piece of advice with Jobs. “You’ve got to make the back of the fence, that nobody will see, just as good looking as the front of the fence. Even though nobody will see it, you will know, and that will show that you’re dedicated to making something perfect.”

Not only Apple but all successful companies know that employees have an immense impact on customer satisfaction.

In 2012, Gizmodo has published an article about Apple’s Secret Employee Training Manual to show what’s the behind of their training process. So Apple has focused on the customer experience giving them an amazing buying journey at their stores all over the world. That’s why recruiting right people – aka genius, one of the core values of this company.

There is no doubt that by creating an emotional relationship with its customers, Apple has built up a great customer base as an important strategic asset of the company.

Apple’s incredible customer service Genius Bar would be a great example of their customer service success. It has been located inside Apple’s retail stores to give in-depth and sophisticated support for the users. 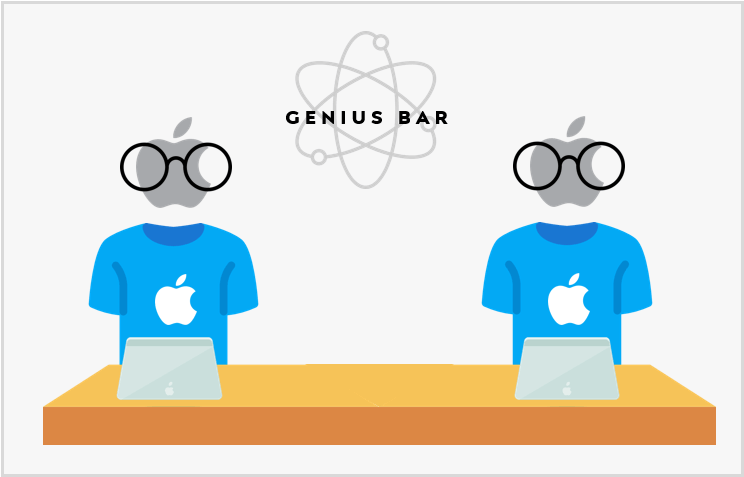 Because the company was already aware that acquiring new customers will cost more than satisfying and retaining existing users.

You may be wondering how does Apple make so much profit on all of their products when competitors offer more functionality for hundreds of dollars less.

There are a lot of answers out there but the main reason is Pricing Strategy.

Even if some of us think that “Oh, Apple products are so expensive, I am not gonna buy them”, for many people Apple is one of a kind and worth its cost.

Apple has already differentiated its product with a premium pricing strategy to provide a high-quality user experience.

Apple is one of the most successful companies that position their product without creating any confusion in its customer mind. They implement their simplistic design approach to their marketing effort and create memorable launch events each year. 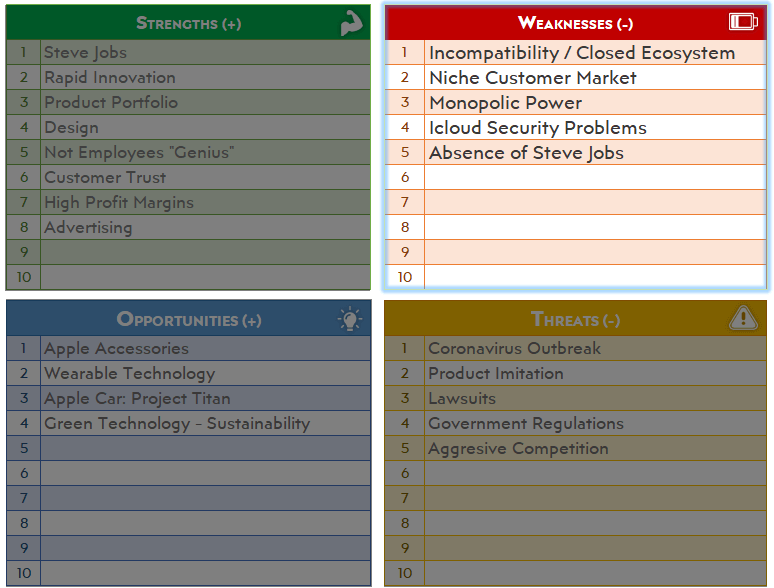 One of the biggest strength of Apple – Security closes the doors to other outsider devices and make products incompatible.

For example, every app depends on Apple’s set of rules in an iPhone to be able to run in the background, use internet etc.). 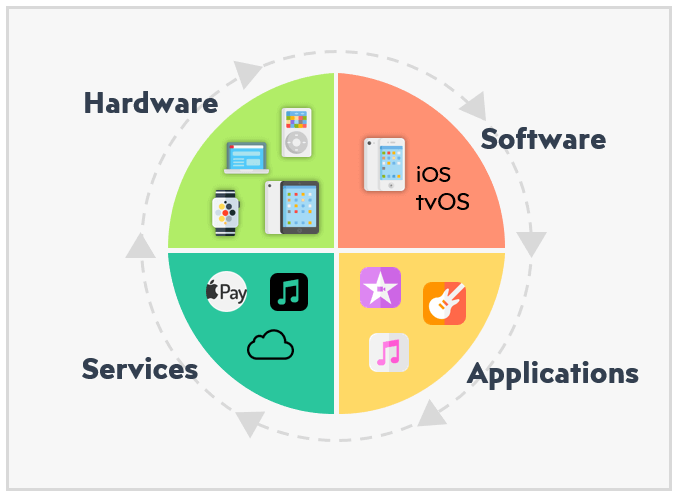 Even if people want the freedom to customize their phone, it seems that Apple wanted absolute control to produce the best.

Here is a marketing lesson from Apple: create a unique/interesting product and target your market as those who are interested in. So with their premium pricing policy, they always wanted to be a brand that everyone may want but not everyone can afford.

But this approach may lead to miss opportunities and big market share in the middle-level segment.

Especially according to the customer and developers, App Store is definitely following a monopolistic way to take a very strict control on their system. But they have resulted in courts against Apple by companies and developers which might be harmful for their reputation sometimes even destroy business partners.

Probably you have heard lots of news about iCloud accounts of many celebrities who have been hacked in past. Kristen Dunst was one of the victims of iCloud and some of us are still remembering her tweet:

Yes, Apple is always investigating regarding hacks and implemented two-factor authentication but there also people are worried about it and already lost their trust to the company.

It is argued that Steve Jobs was responsible for the initial innovation of the company and Apple couldn’t come out with innovative products in these days. 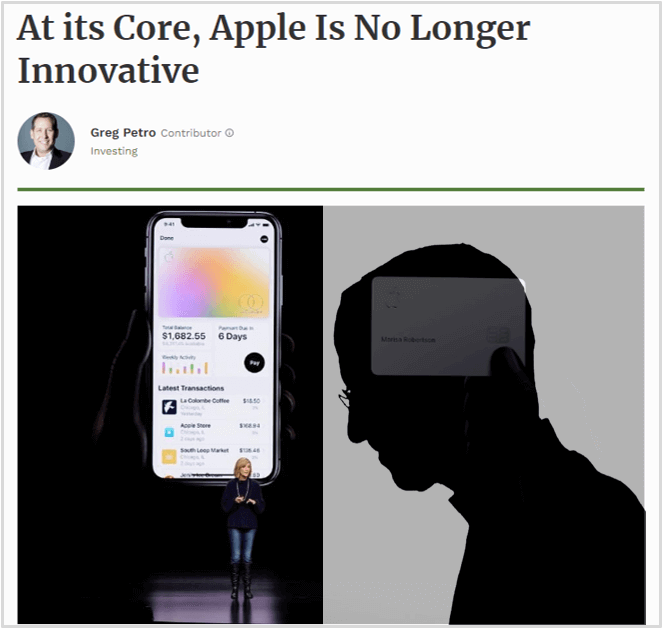 For a long time, Apple has maintained its leadership in technology but they will need to introduce a new product line that nobody knew. They were the most innovative company in the world and without innovation, their reputation will start to get harm. Apple offers more than basic accessories for their product lines. The company put a lot of effort to enhance the user experience with many accessories and gadgets besides the product. With an innovative launch strategy, headphones, earphones, cases, watches, chargers will continue to be part of our lifestyles.

Technology always helps people do things better quicker and cost-effective. Smart wearable technology has started to dominate the world and will double by 2022.

Having said that, Apple has the opportunity to grow with Apple Watch and AirPods into other wearable categories.

The combination of Apple’s success with its Watch and the high engagement levels we’re seeing among smartwatch owners reflects the value people are now placing on these products. CCS Insight’s senior analyst for wearables, George Jijiashvili.

There are some rumors that Apple has already begun an iCar project and named it “Titan”.

While Apple has not confirmed that the company is working this kind of project but they are already hiring car industry specialists.

With its innovative background, R&D on autonomous systems and artificial intelligence may disrupt the traditional car industry and bring new interventions.

The company has already used renewable energy in its facilities but hasn’t share timeline to provide products that uses green technology. But they are quite ambitious to produce new things using 100% renewable power. 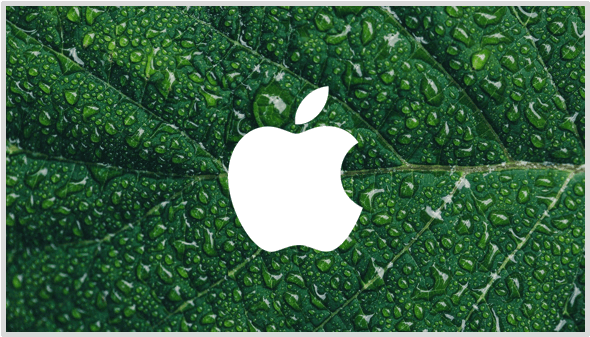 Because if the big companies like Apple can change, then maybe the whole consuming behaviors of us can change too. Sales of the company in China has been seriously affected since the production facilities were closed because of the outbreak. 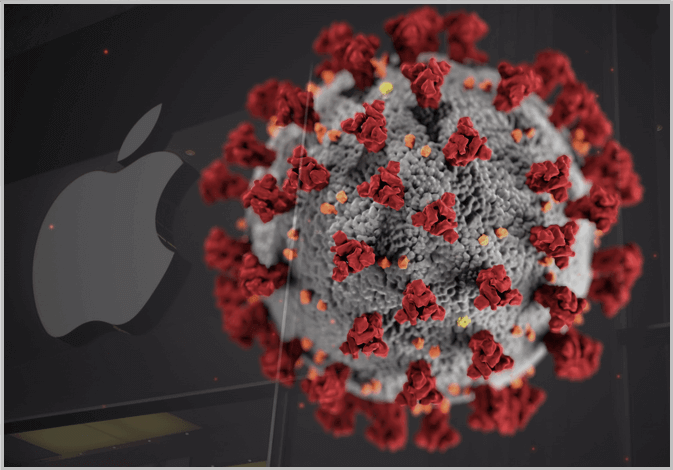 Besides that, the company was expecting to launch the new models of iPad, iPhone and Mac on this March but the delay has just been announced by the Apple.

Even if Apple has already warned its investors and take lots of actions, they closed all retail stores all over the world. This economic situation will affect the whole market and probably hurt their sales, distribution and logistic systems.

When the new model of Apple comes out, the rest of the industry watch and learn what they are doing and at the end – copy it.

Because Apple is the most successful company on the earth and people who are following it think that they will definitely succeed if they exactly do what Apple does.

Especially in China, Xiaomi in smartphone industry offer an iPhone quality product for a less than half a cost of iPhone. Most probably Apple is already aware of the cost of doing business and knows that suing all these companies is a total waste of time.

But it is still a critical issue for Apple because they can not stop Samsung from becoming the most powerful brand in the industry.

In December 2017, one of the iPhone users in Reddit found an interesting correlation between Apple battery age and its performance. 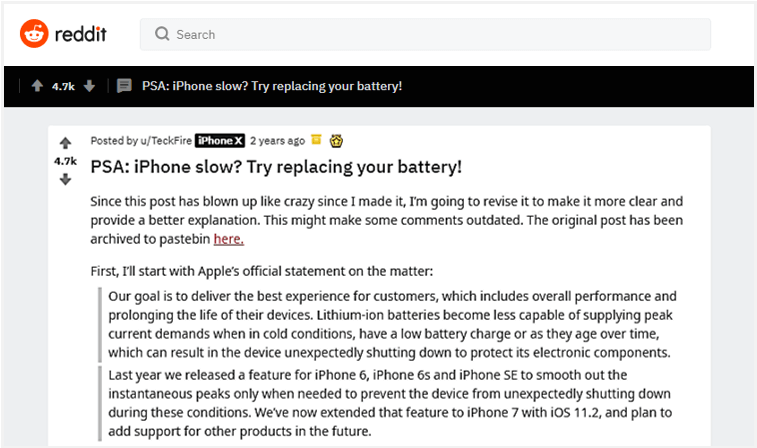 Regarding to the post, John Poole – the founder of Primate Labs compared the performance and battery age of iPhone 6s and the iPhone 7 running different versions of iOS: Afterwards, Apple confirmed customers’ doubts and admitted that it slowed down the performance of older iPhones to compensate for the battery.

Even if Apple has taken action and offer different services for battery age, various class-action lawsuits have been opened and accused Apple by not being transparent enough. 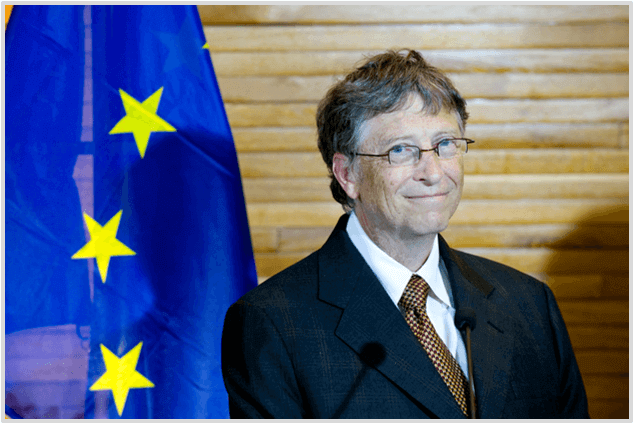 Tech giants like Apple, Amazon are dealing with privacy and lawmakers should make more regulations relates to that. All over the world, the government has taken strict laws for absolute control over the tech firms.

Apple faces aggressive competition in all areas. Since people demanding affordable prices for high-tech products, its competitors are gaining great market share in the industry. The purpose of this article is to explain the major strengths, weaknesses, opportunities and major threats from competitors and give you a general perspective on the company. So, now you have a general knowledge about Apple SWOT Analysis.

Now you may check out our template and make your own analysis for other companies: SWOT Analysis Excel Template