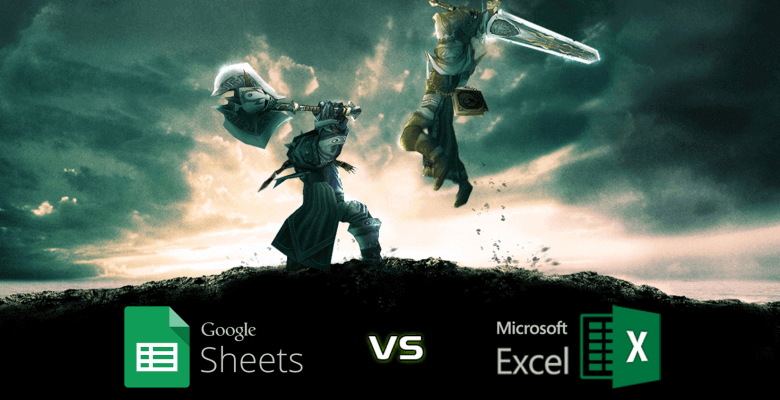 Google Sheets has evolved, the company has endeavoured to update their charts and improve the data crunching. Has it done enough to surpass Excel, the King of Spreadsheets? In this post we’ve compiled all the differents between Google Sheets and Microsoft Excel!

This course covers fundamentals of Google Drive and Apps (Drive, Docs, Slides, Sheets, Forms, Drawings) which you can also learn all the Basic Controls, Add-ons, Charts, Pivot tables and much more great feature of Google Sheets!

Bonus: If you want to learn how to convert Google Sheets to Excel format and check this step by step guide.

Microsoft Excel – Basic & Advanced is another particularly helpful course of where you can find tutorials categorized according to key functions for learning Excel.

Bonus: If you are a developer, you can use python for excel to write fully featured Excel Add-Ins!

Comparison of Google Sheets vs Excel in 13 Criterias

Let’s summarize everything in a Google Sheets vs Excel Comparison Table:

The choice is entirely yours, if you crunch lots of data then it would be difficult to look beyond Excel, but if your spreadsheet needs are rather modest there is no reason not to give Sheets a shot, especially when it’s free.